If we want to have a long and healthy life, we have to be aware of the latest scientific research in medicine. That’s because the result of such studies can greatly change our knowledge of medicine. For example, experts have recently come to the conclusion that sometimes it’s more healthy to sit with a bent back than with a straight one. Additionally, working at a nail salon is just as harmful as working at an oil refinery.

We at Bright Side have learned about scientific discoveries that can have a positive influence on our lifestyle.

1. An appendectomy can lead to Parkinson’s disease.

Experts at Case Western Reserve University in Cleveland have analyzed the medical database that has information about 62.2 million clients. It was discovered that people who had an appendectomy had Parkinson’s disease 3 times more often. Experts don’t know the exact connection between the disease and the surgery but it is obvious that there is some kind of link between them.

2. Working at a nail salon is just about as harmful as working at an oil refinery. Scientists at the University of Colorado spent 1.5 years studying the air quality of 6 different nail salons in Colorado state. They measured the concentration levels of formaldehyde as well as benzene, toluene, ethylbenzene, and xylene. It was found that in all 6 nail salons, the concentration level of these toxic elements was many times higher than normal which increases the risk of developing nasopharynx cancer, leukemia, and other types of cancer.

In addition, a questionnaire showed that most employees of these salons suffer from skin and eye irritation as well as headaches. Experts calculated that if a person breathes in this air for 20 years, the risk of developing cancer is 100 times higher and working in a nail salon is the same as working in a car garage or an oil refinery.

At the same time, researchers pointed out that clients have nothing to worry about unless they have asthma or an allergy.

3. Blue LED-light is dangerous for the eyes.

French experts from the National Agency on Food, Environment, and Labor Control found out that the blue light emitted by LED-lamps and other devices has a negative impact on people’s health. Specifically, it leads to a disruption of circadian rhythms and has a negative influence on the eye’s retina. Children are especially in danger because the lens in their eyes is not completely formed yet. Experts recommend using lamps that emit a warm light.

4. One’s eating schedule is almost as important as their daily schedule.

Doctors are aware of the fact that working at night leads to chronic disruption of circadian rhythms which significantly increases the risk of developing cardiovascular disease and type II diabetes. Experts at Cambridge and Manchester Universities found out that even one’s food schedule can lead to the same problems: this happens when a person eats at an unusual time for them. Experiments showed that if a person eats like this, then the circadian rhythms are wrong and the body doesn’t see the difference between day and night which takes a huge toll on their health.

The author of the study says that people who work at night should try to eat in the daylight.

5. Sunscreen turned out to be more dangerous than we previously thought.

A group of experts at the US Food and Drug Administration (FDA) conducted a small clinical trial with 24 volunteers (both men and women). For several days, they put on sun protection lotion, spray, or cream 4 times a day. One week later, all the participants had their blood tested. The results were not very good: it turned out that using these sun protection products led to a significant increase of the active ingredients in the blood. In some cases, it was 400 times higher than the safe level.

At the same time, scientists say that we shouldn’t give up on using sun protection products because the risk of developing skin cancer with them is lower than without them. Doctors from the University of Massachusetts Medical School conducted a study and proved that the flavors in vapes are harmful to the cells in the vessels of the heart. As it turns out, the flavors cause inflammation and even the death of certain heart cells. 6 flavors were tested and the most dangerous one was the cinnamon-flavored liquid.

By the way, last year, experts also found a link between vapes and a higher risk of having a heart attack.

7. You shouldn’t always sit with a straight back. It’s believed that when sitting, the back should be straight. But recent studies show that this idea is wrong. For a long time, it’s been common knowledge that if a person has a bent back while sitting, the load on the spinal cord is harmful. But physiotherapists at the University Hospital of North Tees in Stockton-on-Tees carried out their own investigation and came to the conclusion that a slightly bent back can be good for those who have lower back pain.

The study also showed that slouching relieves pressure in the back and legs while sitting.

8. Air humidifiers protect us from getting the flu. Scientists from Yale University found out that air humidity influences the body’s response to the flu virus. Experts conducted an experiment with genetically modified mice that respond to the flu virus exactly like humans. The animals that were in the rooms with the same temperature but different humidity were exposed to the flu virus А (H1N1). The organisms that were in the places with lower humidity were more prone to catching the virus. It’s also worth noting that in the same conditions, the regeneration in the airways slowed down after getting the infection.

Scientists are convinced that in order to decrease the risk of catching the flu, you should use air humidifiers. And not just at home, but everywhere else as well.

9. Cracking your neck is very dangerous for your health. Doctors warn us that if you crack your neck a lot when trying to stretch it, you can have really serious health issues. Doctors refer to the case that recently happened to 28-year-old Josh Hader. He had a sore neck and in order to improve the situation, he started stretching his neck and tilting it from side to side. Suddenly, he heard a pop and Josh felt the left side of his body completely freeze. He also felt weak, began hiccuping non-stop, and had problems with coordination and eyesight.

In the hospital, doctors discovered that he had a stroke: when stretching his neck, John tore the arteries that went to the bone of the neck where the neck joins the skull at the base of the brain. He spent several days in the hospital. Today, he is at home but still has some problems like impaired coordination. It’s also interesting that he kept hiccuping for 2 weeks after he had the stroke.

10. Workouts are more effective in the morning. Do you do sports and what time of day do you prefer doing them? Were you surprised by the results of these scientific studies? Tell us in the comment section down below! 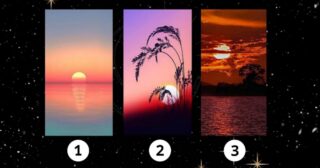 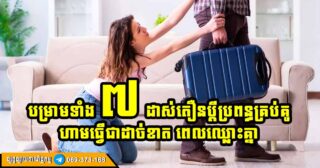