11 Things I’ve Learned After Living in France for 1.5 Years

It seems that we know everything about France — or almost everything. The Eiffel Tower, fresh pastries, and romantic Provence. However, real life is often very different to a short trip.

A Bright Side author has lived in France for 1.5 years and decided to share some of her observations and some unexpected facts.

It’s very hard to find a place to live in France. Renting an apartment is hard not only for a foreigner but even for a Frenchman: an apartment for rent will have a lot of potential tenants within 30 minutes of the ad being published. Future tenants come to look over an apartment with their résumé and portfolio because the important factor is not how much a person makes: the most important thing is to make the landlord like you.

A 9-m room with a shared toilet for everyone on the same floor costs quite a lot. French people say that they have a hard time evaluating the size because even 25- to 30-m apartments seem vast to them. And having a washing machine at home is a luxury. The most important food for any Frenchman is a baguette, mustard, cheese, and ham. The most popular and classic lunch for French people is a huge sandwich with ham or butter, a “quiche Lorraine,” or a “croque monsieur.” The French call quiche “French pizza” because it’s often cooked with leftovers from the fridge.

For most French people, food and cooking really mean a lot. Cooking dinner on a regular working day, choosing suitable wine, setting the table, and looking for napkins that match the plate color can take much more time than eating. Eating should be slow to really enjoy every piece of the meal.

Heating expenses in France are extremely high. In order to save money, French people either don’t heat their apartments at all or keep the temperature at around 57°F—59°F. So if you have a habit of walking around your house in light clothes in winter, you should reconsider it as sometimes it’s warmer outside than inside!

France is a country where bureaucracy won. In order to have any document made, you need a dozen other documents, a few copies, a few originals, photos, and applications. Sometimes, it can turn into a vicious circle if you don’t have some document to have another one made and so on.

After (or if) you have collected all the papers, you need to send them via regular (!) mail. I couldn’t get used to this, but for almost 1.5 years, I had to visit the post office twice a week. The most important thing is to keep every receipt, every application, and every form. You never know when you might need something. In France, the banking system is very complicated. They have very inconvenient cell phone applications where you need to know very long account numbers just to make a money transfer. And the transfers themselves take a few days. You can’t simply put some cash on your credit card account: you need papers showing where the cash came from.

Money is often charged with very long delays, and you only find out how much money you have left a week after you’ve bought something. And many French people don’t even know that it’s possible to pay for your phone online.

Most French people plan their vacations a year before. They buy tickets and book hotels in advance because almost everyone takes a vacation in August, and there is no way to change the dates. In August, the entire country consists of tourists: all the locals go out of town or even leave the country. And small towns become completely empty. That’s why spontaneous trips shock many French people.

The French are very considerate and have beautiful manners. You should get used to saying “bonjour,” “excusez-moi,” “pardon,” “bonne journée,” “bonne soirée,” “bon courage,” and “au revoir” almost all the time to all the people you meet. And the smile on their faces is really sincere. And it’s quite hard not to smile when someone wishes you a good day or good luck. There is only one railway company in France. Because of this monopoly, the tickets to any place in France are unbelievably expensive. That’s why it’s easier for many French people to buy a train ticket to Belgium or a plane ticket to Portugal than visit other French cities. Some people from the south have never been to Paris, and some people from Paris have never been to the French Riviera.

In France, it’s almost impossible to find wine from other countries. In supermarkets, there is only one shelf with imported wine, but it usually costs much more than domestic wine. Many French people have never tasted Spanish wine — they don’t know what Chianti is. In this way, the government supports French winemakers and the domestic market. However, there are so many sorts of grapes from different regions of France that you don’t have enough time in a lifetime to taste everything.

The French live enjoying every day. There is even the term “savoir-vivre,” which means “the ability to live.” It consists of little things: going to the market on a Sunday morning to buy some fresh food, a slow walk in the park, a game with friends, delicious oysters with white wine, or a cup of coffee and a nice conversation.

Which of these observations was the most unexpected and unusual for you? Tell us in the comment section below! 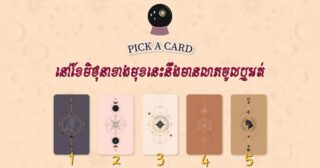 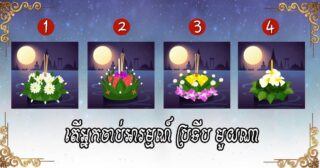